Join me as we talk with UK expat, Roya Caviglia, as she shares what life has been like for her family as they have moved around Europe.

Where are you from and where did you move to?

Roya grew up in London and her husband is from Italy. After they married, they joked that they needed to move to a neutral location, so they ended up in Geneva, Switzerland. After her husband finished his doctorate, they moved to Hamburg, Germany and lived there for 2 years. Now they’ve lived in the Netherlands for 8 years so far.

Roya is a firm believer in speaking the language where you live, so she grew up speaking English in London, learned some Spanish from her mother, heard some Farsi from her father, took some French classes for living in Geneva, tried learning German in Hamburg, and is currently working on Dutch. It’s difficult to learn and keep track of all these languages, so it’s been a relief that people in the Netherlands are comfortable speaking English.

What are some of the major differences between the places you’ve lived in?

The cycling culture is very unique in the Netherlands. Even though Roya rode her bike in London, it was a very different story. There the cyclists share the road with double-decker buses, so it can be dangerous on the main streets. If finding parking wasn’t an issue, then Roya would drive her car because it was safer. But in the Netherlands, Roya’s five-year-old son can ride his bike to and from school on his own because everyone is accustomed to cyclists and it’s very safe.

Generally speaking, the Swiss are very sporty and love to spend time outside, even when it’s cold and dark. The mountains everywhere provide great places for skiing and hiking year-round. Roya and her husband joined a ski club and they would spend all day, from 6 in the morning to 8 at night, in the mountains. In London, it takes a lot more planning to go to the mountains, so her family didn’t go as often.

Roya learned to drive in London, in the dark, so she was ready to drive anywhere. But in Geneva, it was very difficult to drive around because if you’re in the wrong lane and miss your turn, you have to drive almost the length of the city to turn around. And the parking was a nightmare, too. Fortunately, driving was much easier in Hamburg. In Hamburg, people can park right in front of the cinema or the lake and not have to worry about walking so far from the parking space.

Want to help your family explore the world?

You don’t have to travel the world to explore it! Help your family explore from home!

What’s something you have loved the most from each country?

Growing up in London meant that Roya was very comfortable there; she knew how everything worked and she truly felt she belonged.

The food culture in Switzerland was unique and fun. Their food mostly consists of potatoes and cheese, so lots of fondues. Learning how to make fondue at home made for an easy and fun way to socialize and entertain people. Hosting a party didn’t involve preparing a three-course meal or anything crazy like that.

When Roya thinks of Hamburg, she remembers the beautiful, ancient trees and the water. Hamburg is one of the cities known as the “Venice of the North” due to all the canals. The trees lined the roads and made the entire city incredibly green.

The artistic history and culture of the Netherlands are very interesting. The city Delft is home to the famous Delft blue porcelain, and the Netherlands is the home of the popular painter Johannes Vermeer. This artsy, entrepreneurial spirit is so strong in the Netherlands and it has provided Roya the opportunity to start and run her own business.

How has living abroad influenced your business?

While living abroad, Roya taught English. She started teaching at private schools and then working with some private clients. Understanding the teaching and administration processes gave her the experience and confidence to start her own school for baby sign language online.

An unexpected benefit for Roya’s children is that sign language has helped them bridge together various languages. Also, children normally start communicating at 6 or 12 months, but using sign language allows them to communicate even earlier in a more instinctual manner.

Using sign language with babies isn’t a very common practice in most of Europe, so Roya is working to make her course available in more languages so that she can help families worldwide.

What advice do you have for people wanting to travel or live abroad and experience new cultures?

Be positive! It’s going to be a difficult process with many roadblocks, but you will figure it out and it will be such an amazing and enriching experience. Exposing children to other cultures and languages helps them understand and adapt to the world so much easier than most of us do as adults.

Leaving our comfort zones is hard, but Roya doesn’t regret leaving London because she and her family have experienced things they would never have if they had stayed.

Roya Caviglia has spent many years teaching people how to improve their communication in English while moving from one European country to another. Now she runs a language school in South Holland looking after international professionals and their families.

One day she had kids and started out on the crazy wonderful journey of parenting. It was a shock to find out how challenging and physically demanding being a parent can be. But she also made the wonderful discovery of how much babies have to tell us. Now she is passionate about helping families bond through clear communication before their babies can even speak.

Learn all about Celebrating Kwanzaa with teacher Ashley Causey-Golden as she shares the meaning and symbolism behind it, the importance of embracing the principles of Kwanzaa every day, and how we all can celebrate it. Here is a virtual field trip for kids about Kwanzaa that Ashley helped me put together. Listening to the episode…

In the fourth episode of the Families Exploring Culture Podcast, we explore the global nomad life with Roberta D’Angelo Mellis as she describes her experiences moving to different countries and some of the challenges of raising children abroad.

If you are thinking of moving from the United States to Europe, don’t make the same mistakes we did! Here are the top things we wish we had done differently moving our family of 6 to the Netherlands. Some might call us naive as you read through this list but that’s okay. We were most…

Learn about the history and symbolism of Día de los Muertos or Day of the Dead and ways to celebrate it that are both culturally appropriate and easy for families to do no matter where they live.

Looking to travel with a family of 5 or more people? Finding a hotel to accommodate so many can be tough- especially when you are on a budget! Here are some hotel alternatives and tips to save money to try when traveling in the United States or abroad! I never knew how hard it could… 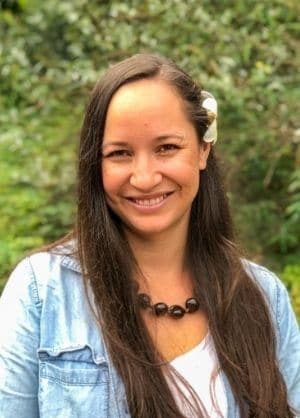 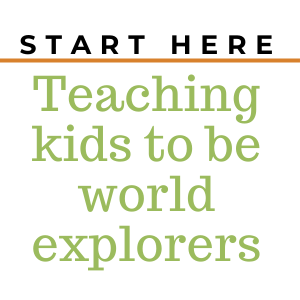